Like mood rings and Green Goddess dressing, the geodesic dome may have gone out of fashion at the end of the 1970s, but when you’re in the lush forest of the Russian River, it’s an architectural style that makes sense no matter the era.

The $475,000 sphere of polygons at 12090 Highway 116 sits among the trees with its many windows bringing the lush wilderness inside.

The home is cozy with one bedroom and one bathroom and its triangular interior panels extending from the floor to the ceiling are made from a rich natural cedar.

“It’s very peaceful when you’re in it,” says Theresa Disbro, who is co-listing the property with David Millar of Millar and Company. “Something about it has this bubble feeling. You feel very safe. It’s beautiful and has a great smell with all that wood.”

A one-bedroom, one-bathroom geodesic dome among the trees of Guerneville is on the market for $475,000.

A one-bedroom, one-bathroom geodesic dome among the trees of Guerneville is on the market for $475,000.

Built in 1980, the property sits on less than a quarter acre a five-minute drive from town. There’s a separate building for laundry and a wooden deck surrounds most of the house.

The seller has owned it for 10 years and recently did a renovation, redoing the floors in bamboo, replacing windows and upgrading the kitchen.

Disbro thinks it would make a great getaway for someone living in the city or a vacation rental property.

Note: The video above is a handout from Millar and Company.

A most enchanting geodesic dome home lands on the market this week. Built in 1980, this one-bed, one-bath benefits from a recent renovation making it look as good as new—if not better. 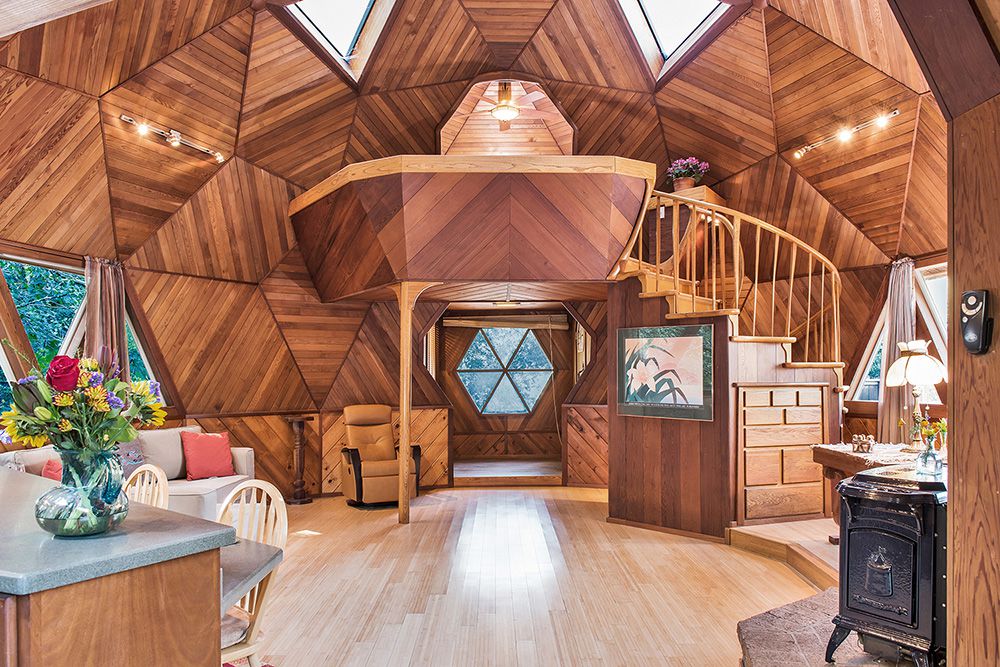 It even comes with a separate laundry facility, an artist studio/guesthouse, and a huge yard. It’s also less than a half mile from the Russian River. Delightful. 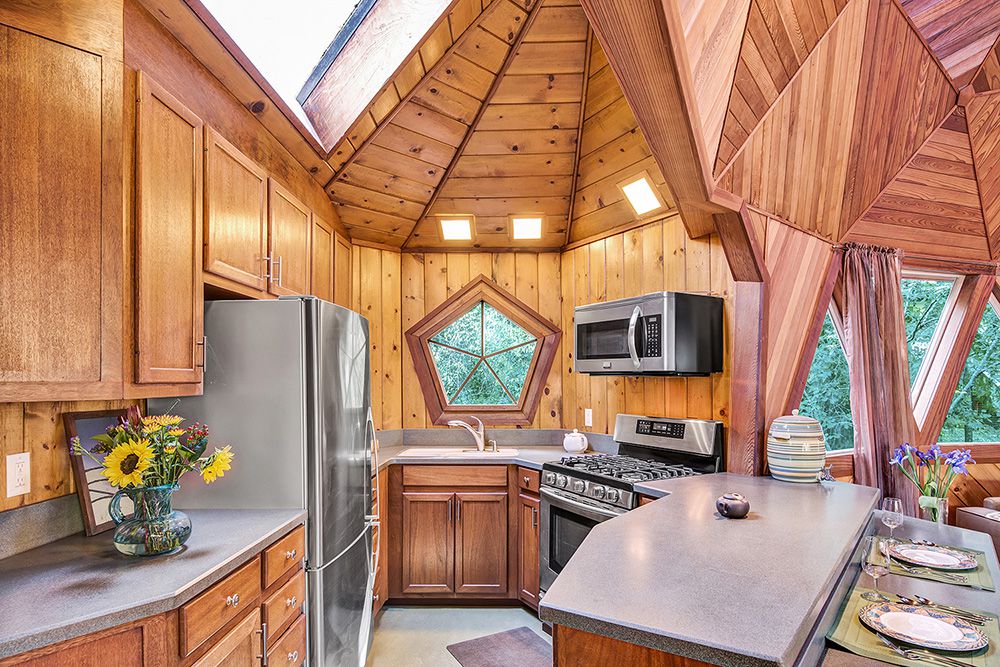 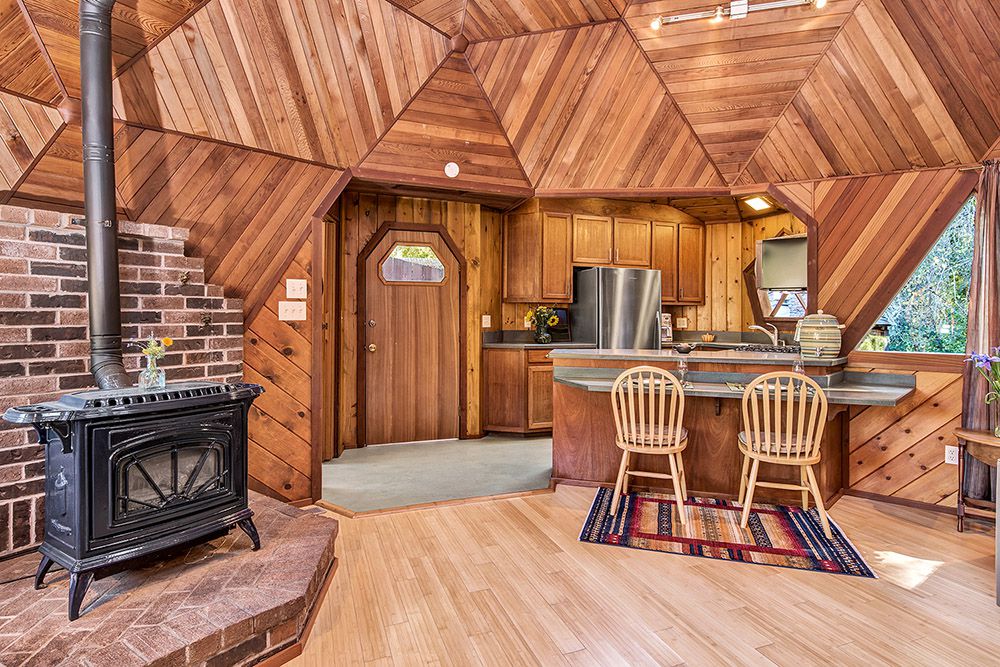 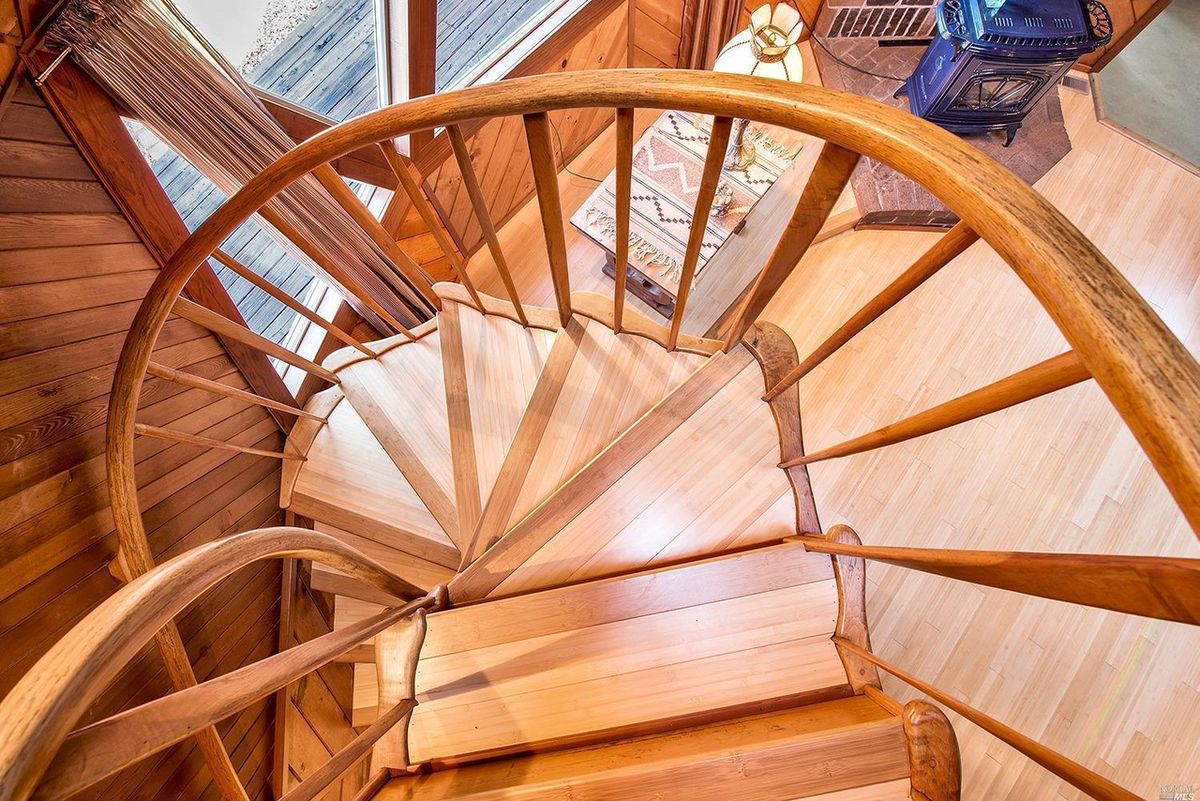 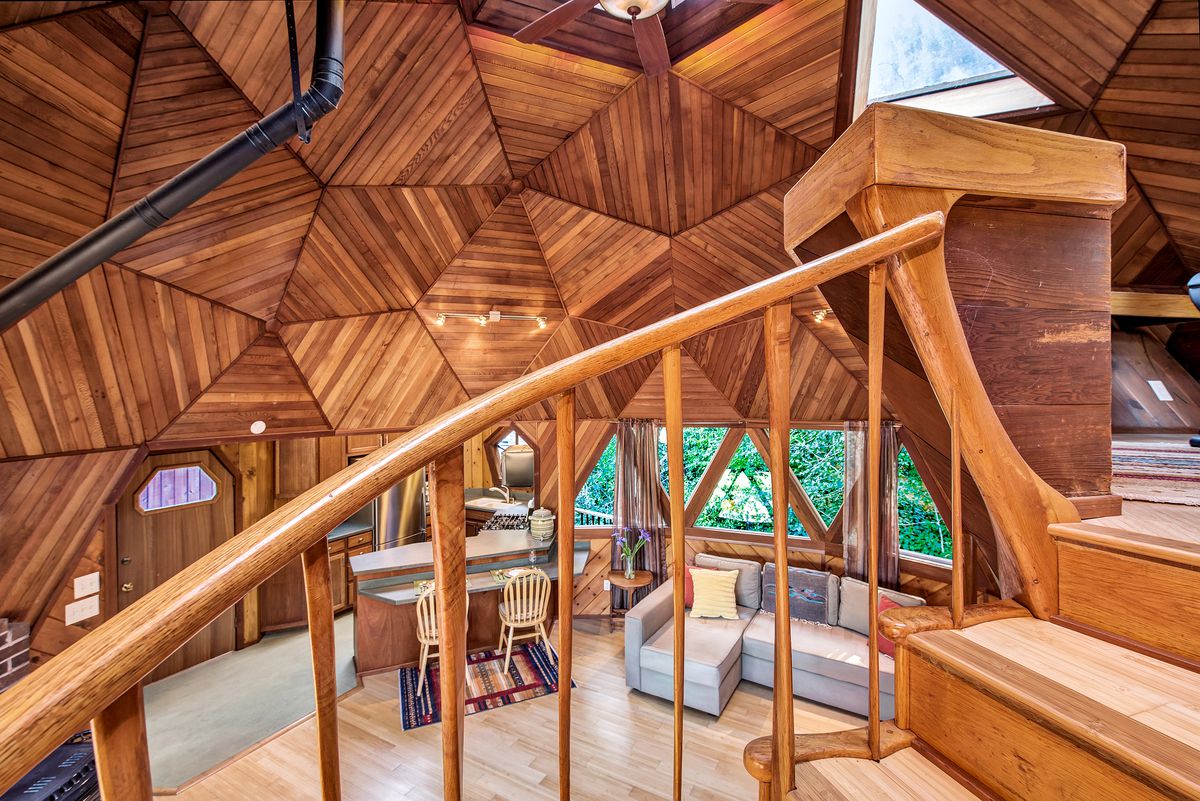 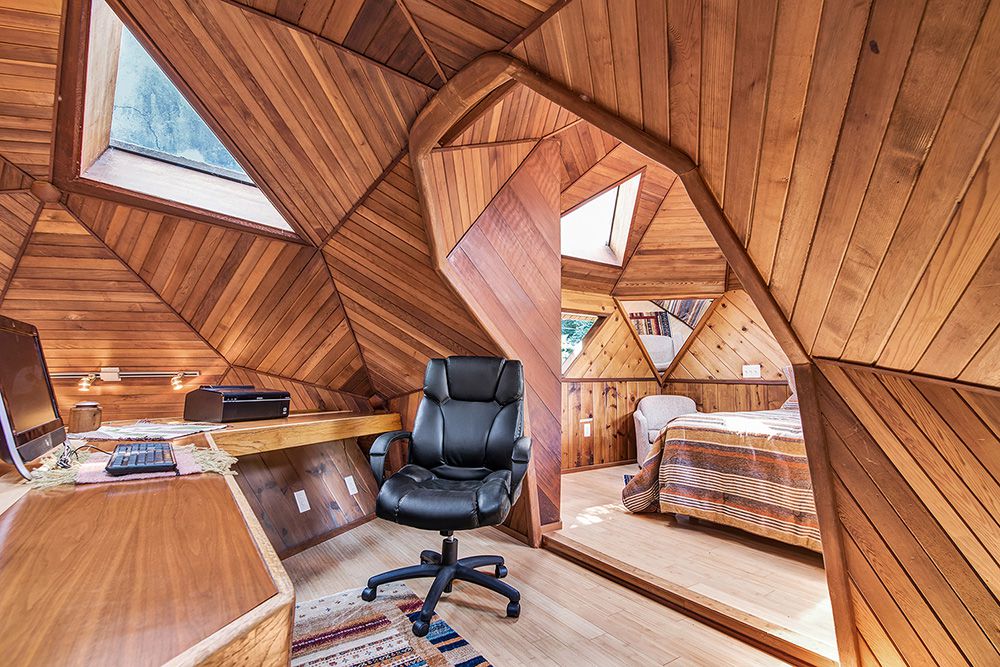 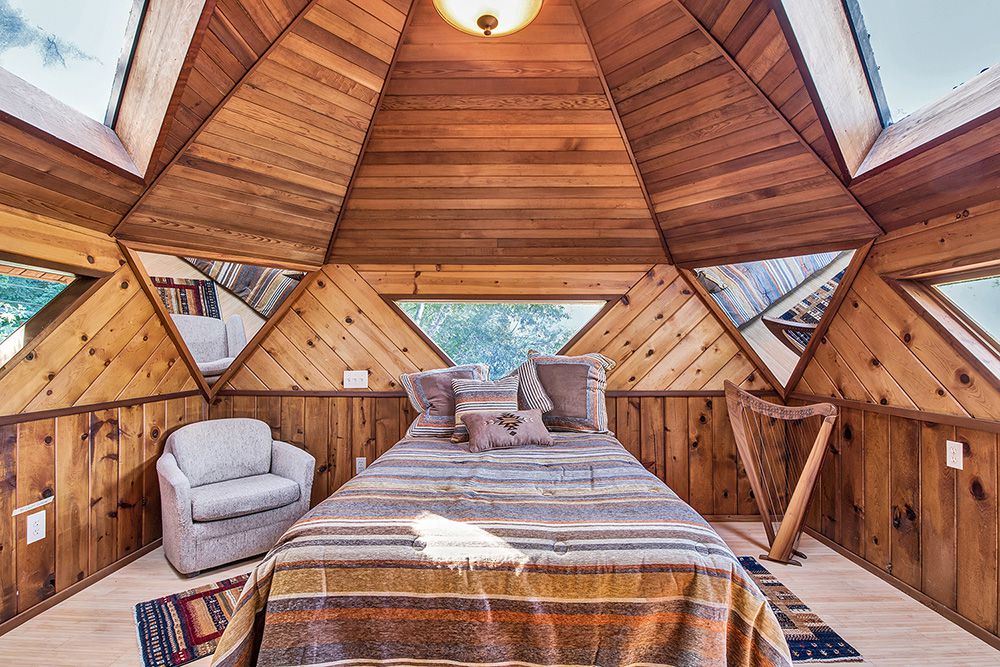 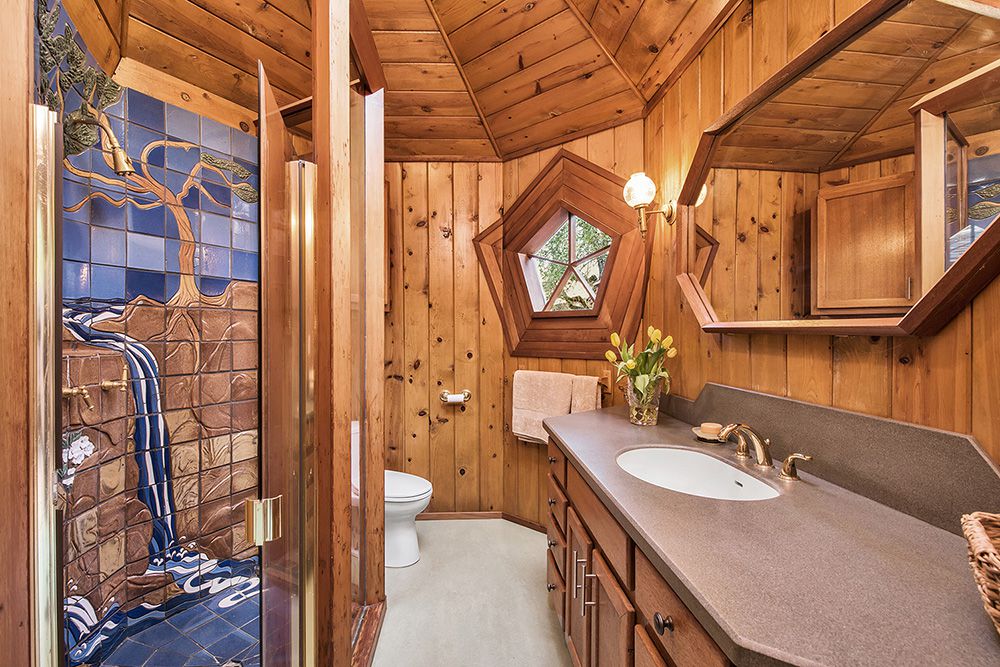 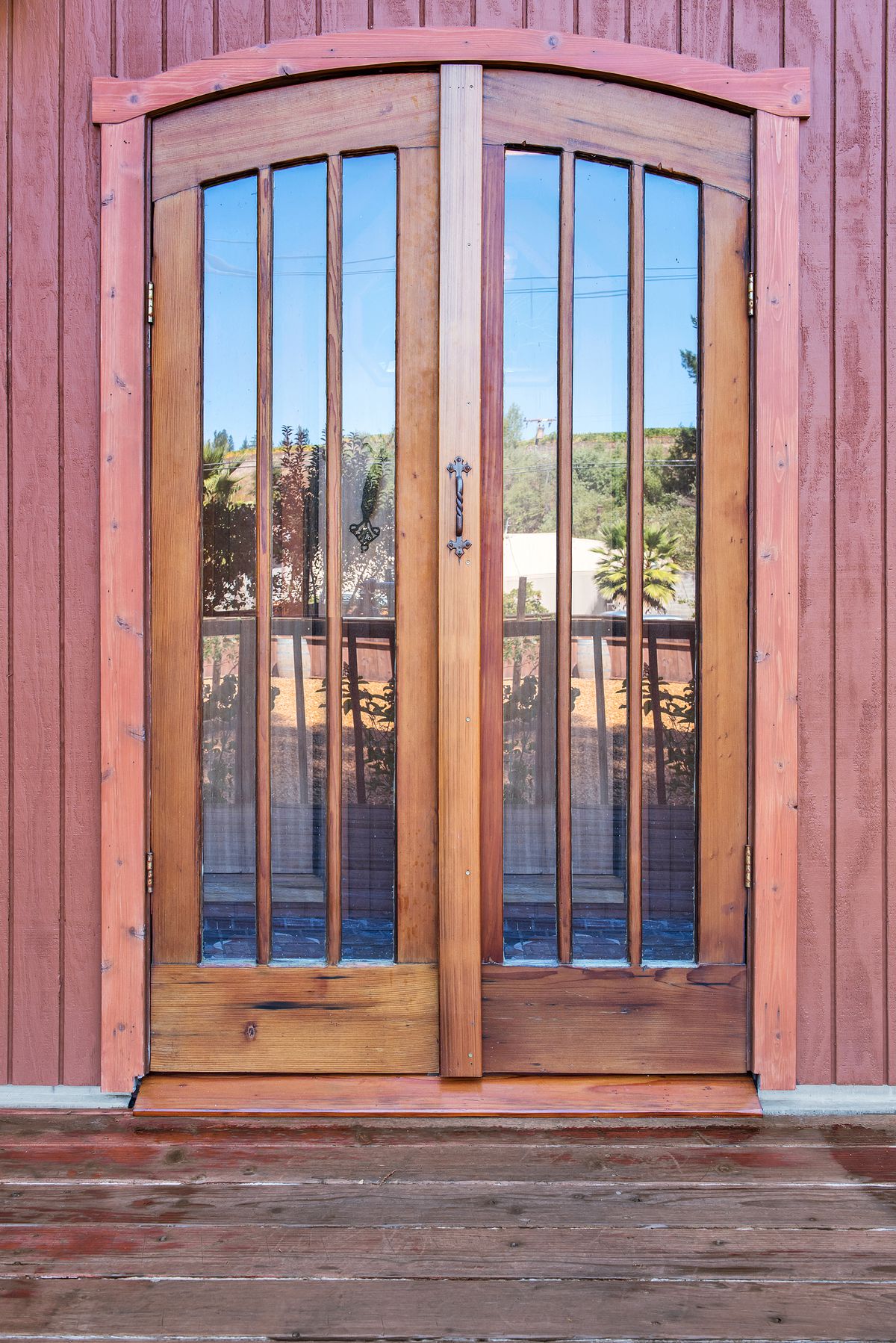 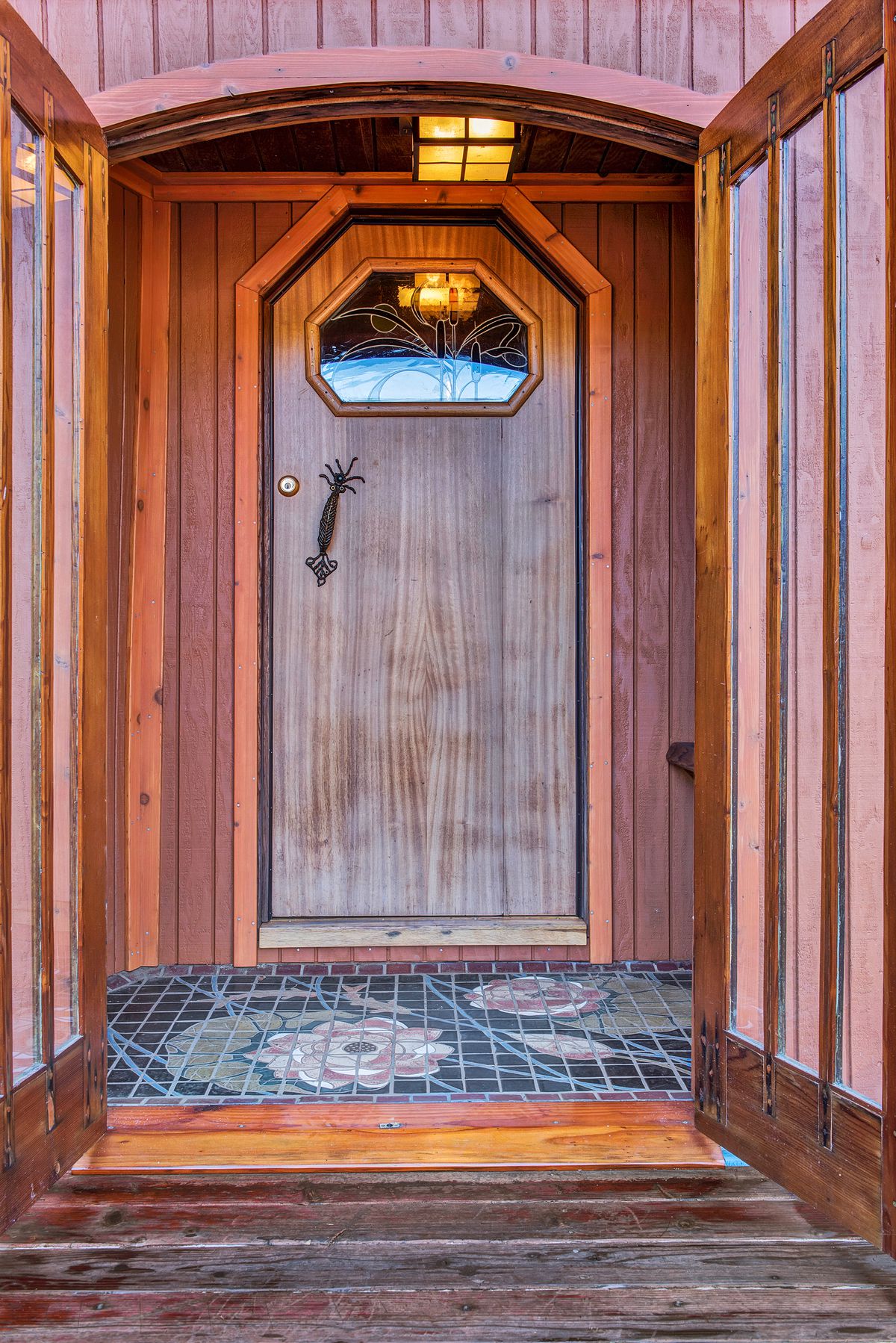 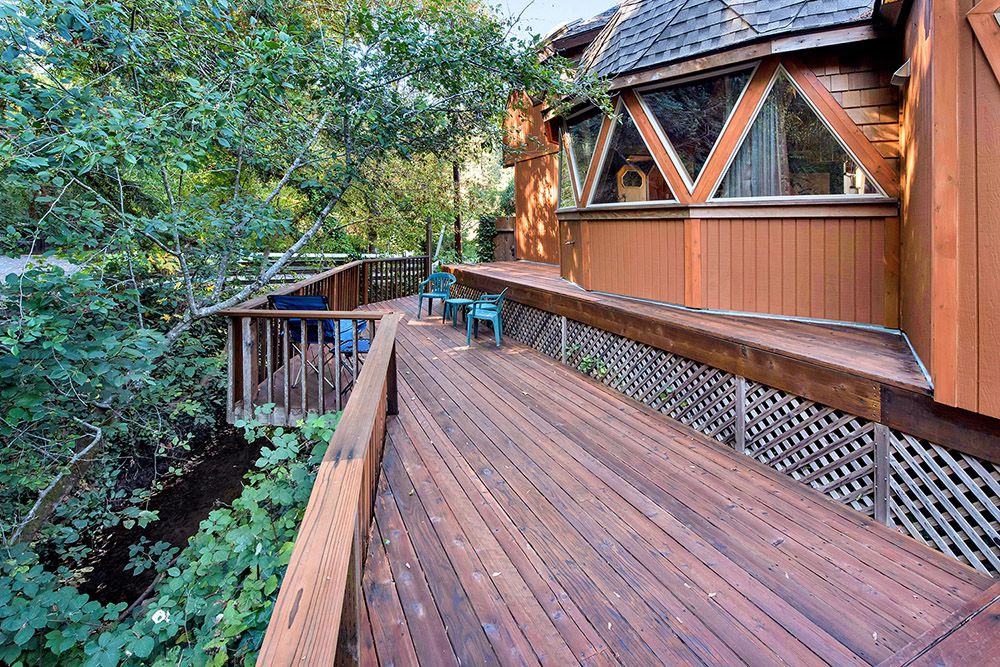 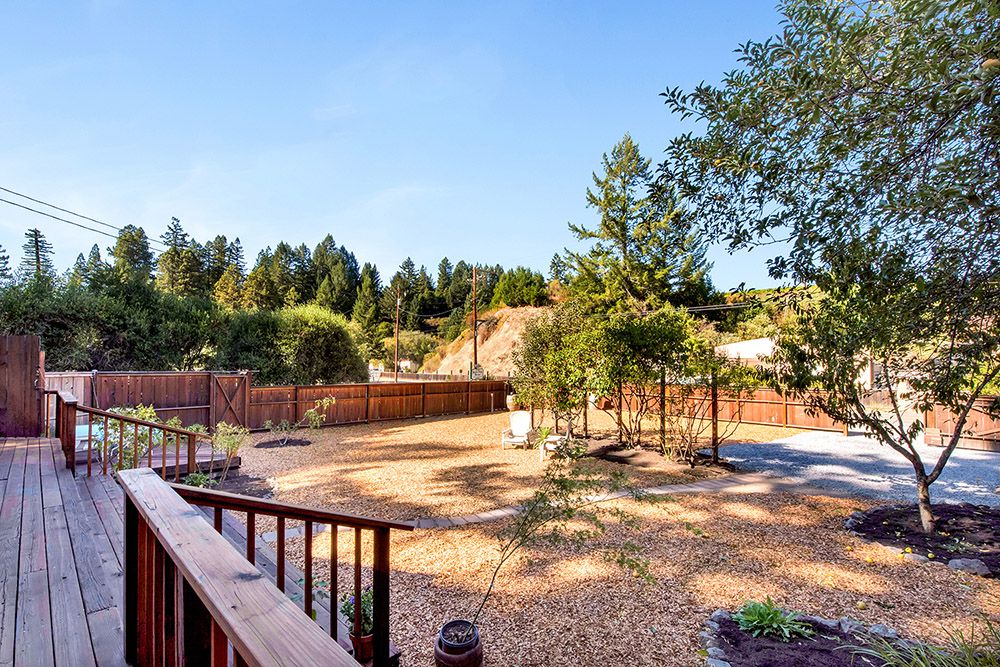 Sonoma County sheriff’s deputies arrested a Guerneville man for possession of methamphetamine last week when he showed up for a court appearance in Santa Rosa.

About 8:45 a.m. on Jan. 10 deputies were notified by court security screeners that a man just passed through the courthouse metal detectors and, while going through his belongings, they found a folded up piece of paper inside a cigarette package. In the paper was a white powdery substance, said Sgt. Spencer Crum in a media report.

Deputies determined the substance found on Guerneville resident Michael Knowles was about five grams of methamphetamine. When they questioned Knowles, 61 who was on probation, they detected evidence of alcohol use.

“Knowles denied any knowledge of the meth, stating he wouldn’t bring drugs to court,” said Crum’s report. “However, when the deputies further examined the paper packaging, they noticed it was a receipt from a CVS Pharmacy with Knowles’ name on it.”

Knowles, whose address was listed as “transient, Guerneville,” has prior convictions for illegal camping and possession of a controlled substance, according to court records. Knowles was escorted from the courthouse into the nearby county jail where he was booked for possession of methamphetamine and violation of his probation, said the sheriff’s report.

Fire and emergency responders met with nearly 100 lower Russian River residents last Saturday to talk about evacuation options if and when a wildfire threatens the wooded west county.

“We need to do much more before the emergency,” Cal Fire Battalion Chief Marshall Turbeville told an audience gathered in the Guerneville School gym. “The more we do before, the better off we’ll be.”

Discussion focused on escape routes for the woodsy lower river neighborhoods often served by narrow, steep and winding roads. Maps of the west county’s geographically separate enclaves such as Rio Nido, Monte Rio and Guernewood Park showed evacuation routes to River Road, Highway 116 or Bohemian Highway, the only roads in and out of the lower river.

The maps included a one-page guide to emergency and evacuation preparedness advisories and a list of disaster supplies and resources that residents should have, including emergency phone numbers and websites.

The maps are “a work in progress,” said Turbeville, who asked for suggestions or corrections.

Veteran Monte Rio Fire Chief Steve Baxman, one of the speakers, agreed that advance planning and self-reliance should be key priorities for lower river residents. Baxman said that in the event of a wildfire with the magnitude of October’s Santa Rosa firestorm, “we can make all the plans in the world but it will be every man woman and child for themselves.”

Residents need to familiarize themselves with local routes out of their neighborhoods, and be prepared to be on their own during a disaster with a supply of essential backup items such as water and food, medicine, batteries, cash, pet supplies and spare eyeglasses.

“The message we have today is empower yourself,” said the sheriff department’s Community Engagement Liaison Misti Harris.

“Any message regarding dangerous conditions or immediate threat to personal safety or property will be sent using SoCoAlert,” says the county’s SoCoAlert website. “These may include evacuation notifications, shelter-in-place, boil water advisories, tsunami warnings, and flood warnings.”

The last major west county fire disaster, the Creighton Ridge fire, broke out in Cazadero in late summer 1978. The 13,000-acre fire was caused by a resident using a power grass mower.

In September 1923, a windswept fire that started near Guerneville burned to the Pacific Ocean in three hours, according to a county wildfire protection report.

On Labor Day weekend in 1961, two small fires, believed set by arsonists about a quarter mile apart at the end of Watson Road, were fueled by winds and raced toward Guerneville, a mile to the south, said the county report. The fire burned 5,769 acres and 18 residences.

“Though in general the redwood ecosystem that dominates the lower Russian River area is not particularly fire-prone, increasing understory and the effects of Sudden Oak Death, which has killed thousands of oaks and tanoaks in the area, are adding to the potential for wildfire,” according to a Sonoma County Community Wildfire Protection report completed two years ago. In the event of a large fire, “these areas would present difficulties for safe evacuation and access for firefighters.”